Posted by Spanish Dream Property at Monday, May 23, 2011 No comments: Links to this post

Property of the week Just Reduced

Older Brits increasingly looking to purchase second homes abroadArticle Date : 08 May 2011      A growing number of older British homeowners have a property abroad, new figures from the Office for National Statistics (ONS) have revealed.One in seven couples nearing retirement age has decided that the best way to secure their future is through a second home, Overseas Property Professional reports.The ONS reports that a significant proportion of the quarter of a million or so individuals have their second home located abroad.It could encourage potential buyers to consider purchasing property in Spain.There are a number of opportunities to pick up a bargain at present, with a number of bank repossessed homes now finding their way back onto the market.This is the first time that the ONS has worked out how many households between the age of 50 and 64 have more than one property.
http://www.spanishdreamproperty.com/ 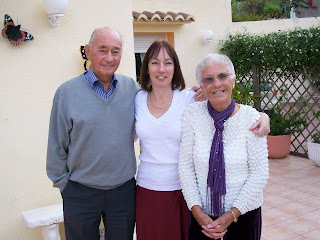 2 Bed, 1 Bath Apartment in Calpe, Costa Blanca North Ref: NCB278 Type: Apartment  Area: Costa Blanca North Town: Calpe Beds: 2 Baths: 1 Pool:  Price: €105,900 Description: This 2 Bedroom Apartment with easy access to the Beaches and Facilities of Calpe has 2 Bedrooms and 1 Bathroom. The property benefits from ADSL, Telephone and has SatelliteTV installed for your comfort and enjoyment. The Apartment is ideal for those people who wish to have direct access to all that Calpe offers.
http://www.spanishdreamproperty.com/
tel 08432896384 low cost call

Posted by Spanish Dream Property at Sunday, May 15, 2011 No comments: Links to this post

Power from the sun

Power from the Sun
The future of sustainable power and environmental stability has taken a huge leap forward, with the announcement of 55 million euro investment in solar power for Lucainena de las Torres.
The project, which is currently under administrative processing, will include the installation of 170,000 new solar panels on more than 40 hectares of land, which will make the solar field one of the largest in Europe.
Spain is already one of the world leaders in renewable energy, and in particular solar power, with the government committed to increasing the use of cleaner energy to replace carbon power as soon as practical.
In terms of power generated, Spain ranks as number 2 in Europe for total energy generated by photovoltaic energy. Four of the ten biggest plants in the world are located within Spain, including the world´s largest plant at Puertollano Ciudad Real.
In addition, Spain is one of the world’s biggest manufacturers of solar power equipment, exporting around 80% of all products with particular interest from Germany.
If approved, this project, which will be part funded by a German assets company in conjunction with the domestic provider, will become a benchmark and showcase for other developing countries to increase their use of renewable power and therefore potentially increase the demand and manufacture of products for global export.
Despite government subsidy for solar power being cut, the manufacturers still believe that the whole process in both worthwhile and will be profitable, largely due to the increased reliability and efficiency of the equipment and agreements made with the Chinese manufacturer of polycrystalline silicon which is used in the process.
The site will then generate some 47.5 megawatts of electricity, which is an increase of 26 megawatts on the power already produced.
The site generates the electricity through the three photovoltaic fields, as well as an additional three wind farms, which is fed into a substation at Carboneras. Once operational, the expanded site will reduce the carbon emissions into the environment by some 15,000 tonnes each year.
Project manager, Soledad Martínez, said that the work could start later this year with the creation of up to 150 construction jobs.
http://www.spanishdreamproperty.com/
08432896384 (Low Cost Call)
Posted by Spanish Dream Property at Saturday, May 14, 2011 No comments: Links to this post

Posted by Spanish Dream Property at Tuesday, May 10, 2011 No comments: Links to this post

Posted by Spanish Dream Property at Sunday, May 08, 2011 No comments: Links to this post

Something for the young ones

With some of the best beaches in the Med a day out at the beach can be great way to entertain the little ones and top up your tan at the same time!!  A few to choose from in the area are Guardamar, La Zenia and La Mata.  Guardamar beach is a beautiful beach BUT the sea can be very dangerous with its undercurrents and rip tides.  The beach is patrolled by life guards and has a a red flag policy that MUST be adhered to.  La Zenia is a much calmer sea but does get very busy.  La Mata has a decked promenade which is great for a nice evening walk!  All the beaches are very clean and offer a great family day out.

Comments"I have visited all three of the above beaches and can’t fault any of them.  All have beach bars so keeping hydrated isn’t a problem (although I tend to take my own refreshments!)  We have enjoyed many a family day at all of them all well worth a visit." 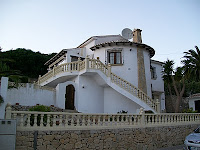 Research from property company Rightmove Overseas and foreign exchange company Moneycorp showed interest by Britons in buying property abroad increased 53% in February compared with the previous month, according to latest figures.On a country basis, the most searches were for property in Spain, followed by France, the USA and Australia.  Robin Wilson, of Rightmove, said: "Bargain hunters are out in force, primarily focused on Spain and Ireland.
http://www.spanishdreamproperty.com/
Tel 08432896384 (Low Cost Call)
Posted by Spanish Dream Property at Tuesday, May 03, 2011 No comments: Links to this post

2 Bed, 1 Bath Bungalow in La Zenia, Costa Blanca South Ref: HE6252 Type: Bungalow Area: Costa Blanca South Town: La Zenia Beds:2 Baths:1 Pool: Yes Price: €79,995 Description: This 2 bedroom, 1 bathroom bungalow could not be better located, close to shops, bars and restaurants in the heart of La Zenia with the beach being a five minute walk away. This property has a front garden which leads to terrace and then into the lounge/dining area, separate kitchen with door to rear utility area, two bedrooms, both with built in wardrobes and family bathroom. External stairs lead you to the large solarium. The property is being sold unfurnished.
http://www.spanishdreamproperty.com/
Tel 08432896384 (low cost Call)
Posted by Spanish Dream Property at Sunday, May 01, 2011 No comments: Links to this post