Assessment of distressed property markets compiled by website IPS
Many European property markets which have seen prices plummet in recent years could be good bets for overseas buyers but others should be left well alone, according to a new report from below market value specialists.
The , and in particular, could be reaching the bottom of the market as prices are picking up in some areas. But IPS reckons it is a market only for experienced investors as prices vary so much depending on location.
is described as uncertain.
is a high risk market at present even for experienced real estate investors, it points out.
, once the darling of overseas property investors has seen prices plummet in the capital, in the ski resorts and even on the coast where many British and Irish investors are trapped unable to sell.
It says that ’s property market has been hit hard by the sovereign debt crisis.
Oversupply and the economy have put huge pressure on ’s property market, according to IPS. ‘It is now possible to buy a property below market value. If the banks are willing to lend then they must be confident this market has finally reached bottom in the more desirable coastal areas. Invest now if you want to grab a bargain in coastal areas. Properties are unlikely to get cheaper,’ says the report.
Posted by Spanish Dream Property at Sunday, June 10, 2012 No comments: Links to this post

Demand for property in Murcia has surged by 78 per cent this year, according to one search engine..

The region has long been mooted as the fastest recovering area in , with the upcoming international airport and theme park boosting its potential for property investors. But interest in the region's real estate has already started to grow on the overseas portal, with enquiries between March and May this year 78 per cent higher than the three months from December to February.

The increase in interest follows official reports that property sales across have risen too. Although down on the year on year rate, real estate transactions grew by 21.9 per cent in the first quarter of 2012 compared to the last quarter of 2011, the of Property Registrars revealed this week. This boost in sales has been attributed to the country's "intense lowering" of house prices, as holiday homes become even more affordable for international buyers.

's financial woes and historic bank bailout continue to dominate news headlines, but the country's unemployment has also driven rents up, with rates growing by 0.7 per cent in April compared to last year. Now, investors are looking to take advantage of the falling prices and higher rents, and Murcia is one their main targets.
Posted by Spanish Dream Property at Saturday, June 09, 2012 No comments: Links to this post

·         Filed under: Travel News
3061
Text Size A A A
18 Comments
The Red Sea coast in Egypt has long been a popular destination with Brits looking for a short-haul sunshine getaway.

But Islamist parties calling for a ban on mixed gender sunbathing on its beaches, drinking alcohol and wearing skimpy beachwear could take the sizzle out of the fun in the sun.

Of the 15 million visitors to Egypt every year, 1.4 million are Brits, with 70% of us looking for a break at the beach resorts.

But the Muslim Brotherhood, which won in the first round of parliamentary elections last month, has a vision for a 'sin-free' Sharm el Sheik, a popular Red Sea resort, saying: "Tourists don't need to drink alcohol when they come to ; they have plenty at home.

"They came to see the ancient civilisation, not to drink alcohol."

Another fundamentalist party in the running is Al-Nour, a group of Salafi Muslims who are clear in their objection to alcohol and bikinis.

According to the Daily Mail, they are also unsure whether unmarried couples should be allowed to share the same hotel room.

He shared his thoughts with private television network Dream TV, saying: "A five-star hotel with no alcohol, a beach for women - sisters - separated from men in a bay where the two sides can enjoy a vacation for a week without sins."

The tourist industry has already been badly hit by the political unrest in the country, which saw former president Hosni Mubarak ousted from his position.

Tourism accounts for around 10% of Egypt's GDP, and keeps around three million people in employment. But this year visitor numbers dropped by 35% during the unrest, and the total profit from tourism for 2011 is thought to be down a third on previous figures.

Posted by Spanish Dream Property at Sunday, June 03, 2012 2 comments: Links to this post

Alhambra what a place 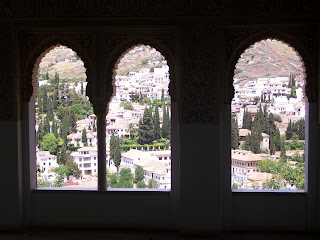 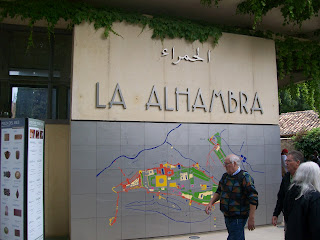 Posted by Spanish Dream Property at Sunday, June 03, 2012 No comments: Links to this post

Property sales made by foreign residents in experienced an increase of 24.7% in the third quarter of 2011 compared to the same period last year according to statistics from The Ministry of Public Transactions.
This figure takes into account all foreigners who live in while further statistics show that the provinces with the greater number of purchases by foreign residents were with 2097, with 951, with 607, the Balearics with 516 and at 476.
With this in mind, looks set to continue this trend according to experts with a final rush of property buyers seeking out Spanish real estate. Experts are suggesting that tax breaks and low interest rates on savings accounts will be the main factors encouraging buyers to hunt down bargains.
‘The increase in property sales to foreigners shows that many buyers have been discerning enough to strike while the iron is hot and purchase properties that are well priced and in excellent locations,’ said Marc Pritchard sales and marketing director of Taylor Wimpey España.
The Holiday Lettings’ Insight Report for 2011 identified that there was a 3% increase in the number of enquires about buying Spanish property between January and October this year compared to the same period in 2010 while the report also discovered that people looking for holiday let opportunities in Spain was the second most enquired about destination among buy to let investors, after the UK, between January and October 2011.
Indeed, sellers dropped their asking prices by an average of 8.2% in 2011, according to Idealista.com, one of ’s leading property portals.
In terms of the cost per square meter, the average Spanish home now costs €2,084 per square meter, down from €2,270 per square meter a year ago.
‘Price falls accelerated in 2011. Everything suggests they will continue falling in 2012, by how much depends on what the banks decide to do with their real estate assets,’ said Fernando Encinar, head of research at Idealista.
‘They (the banks) will be the ones to slow down or speed up the price adjustment, and private sellers will have to reduce their prices and expectations, led not only by the economic uncertainty but also by what banks do with their prices,’ he explained.
Encinar is confident that the demand will be there if the price is right, and if banks will lend.
The Spanish government is keen to attract more foreign buyers. Earlier this year the Department of Housing organised a European road show to promote Spanish property overseas and the regional government in , a location that is very popular with foreigners, has set up a commission to study ways to sell more homes to foreigners.
In recent years, 23% of properties sold in have been bought by foreigners. The commission will study the market and ways to stimulate foreign demand for both purchase and rent.
‘We have to find out where the housing stock is and who the potential buyers are,’ said Isabel Bonig, the Valencian minister responsible for housing. She added that 30% of all sales to foreigners in are in . is the most popular area with foreign buyers, accounting for 85% of sales.
The commission, comprised of government officials and representatives from the notaries, registrars, and chamber of commerce, will also look at ways to stimulate demand and promote property with a website, permanent information points and marketing activities.

Posted by Spanish Dream Property at Sunday, June 03, 2012 No comments: Links to this post

A massive 88% want to leave

A new survey has shown that a majority of Britons want to leave the .  A massive 88% want to leave.
A survey by flights website Skyscanner has revealed that an astonishing 88% of us are sick of life in the , and would seriously consider moving overseas within the next five years.

Incredibly 39% of all those considering the move were between the ages of 18 and 45, which would leave even fewer economically active people in the UK, coping with the massive pressures of an aging population.

When asked for the biggest things pushing them out of the , the most popular answers were the fact that life was too expensive to be affordable, that there were no decent job opportunities, and people would never be able to afford their own house. Around one in three people gave one or more of these answers.

The most popular destinations for our emigration ambitions are:

Sam Baldwin, Skyscanner Travel Editor says: "The Skyscanner survey revealed that our perception of life abroad is very positive – perhaps overly so – and many people come back from a holiday enamoured with their destination. The reality of uprooting yourself and moving to a different country comes with its own frustrations and difficulties."

The second, and the most vital one, is there are a huge number of countries outside the EU that simply will not take you on. There are endless hoops to jump through, and in many cases you need to prove you already have a job there, your current employer is transferring you overseas, or you have serious cash to invest there, otherwise you can’t move there.  The EU countries are different as the British already have a right to live there under EU law.  And the favourite EU country?  By quite a margin, it’s !
Posted by Spanish Dream Property at Sunday, June 03, 2012 No comments: Links to this post