Posted by Spanish Dream Property at Saturday, December 19, 2015 No comments: Links to this post

Part 36 Our Spanish Dream The Launch 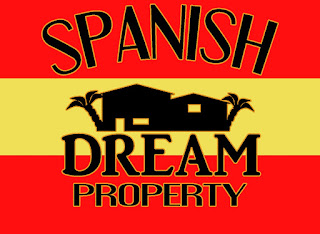 The launch
Despite the set-back, with almost everything in place, we still launched in April 2010, although time restraints meant we didn’t really get going until late May.   We planned a slow steady start, feeling our way around how best to develop the service.  We were struck straight away buy the need for what we were doing, and the gratitude by many for actually having someone to talk to about the whole process.
When an enquiry came in we would call (or if no telephone number, we would email) and ask about the property they were seeking.  The request for details about their longed-for new home was often met with surprise, and still is today.  Comments like “well aren’t you just going to send me a load of properties from your books?” and “Just send what you have and we’ll let you know if there is anything we like” were normal.  We had by now around 2000 properties on our site, (we usually run at around 2500 now) so just sending what we had wouldn’t really help anyone – the email would take forever!  Once we were able to explain our service, people opened up about what they wanted and the searches began.
We decided right from the start that our service needed to be FREE to our clients.  Our fees would be paid by the estate agents whose property our client purchased.  So we search for properties from various sources and ensure only those matching requirement are shown to the client.  Once the client has bought their new home the estate agent with whom the property was listed pays us a fee for finding the buyer.  That way we are not asking for any up-front fees or asking our client’s to pay any additional costs for their purchase – buying a Spanish property is expensive enough! 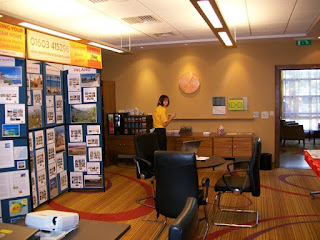 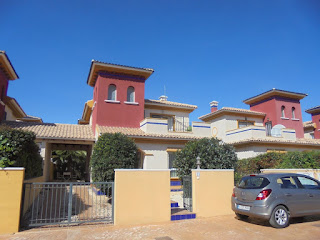 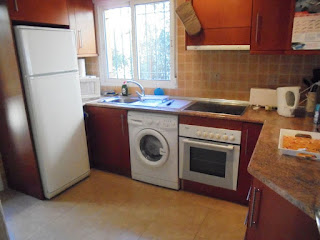 Full description of this Villa

This elegant 3 bedroom Villa is located at Dehesa de Campoamor, right next to Campoamor beach and the lovely little bars and restaurants that dot this coastline.  It is a short 3 minute drive to Cabo Roig strip for livelier evenings and to take in the atmosphere of the outdoor marketers selling their wares on a summer’s evening.  The Villa has three bedrooms and two bathrooms and is being sold fully furnished.  A bright spacious lounge has two windows to let in light and is furnished with two soft leather sofas and a white dining table and chairs.  The floor tiles are in light beige which makes the room a very relaxing place to be.  The kitchen has built in units in a gorgeous red sheen of cherrywood and sales includes the American style fridge/freezer, washing machine and other white goods.  The three bedrooms are double size, and the master has double doors that lead to a nice balcony which gives a bird eye view of the area.  The bedrooms have built in wardrobes and bedside lockers.  The bathroom is decorated in muted shades of brown and beige and comes with shower over bath.  The second bathroom is stylishly decorated in different shades of grey and includes an electric shower.  The upstairs solarium is a good size for comfortable sunbathing or lazing with your afternoon coffee! To the side of the property there is ample parking for your car and there is a lovely shaded area with BBQ and garden furniture to enjoy the burgers and steaks! Yum!!  Outside the house the urbanisation has a lovely seated area set under a pagoda in a relaxing green oasis, a lovely calm space to read your book or chat with the neighbours. The communal swimming pool is close by and is very large with a children’s pool area attached.
www.spanishdreamproperty .com
Posted by Spanish Dream Property at Saturday, December 05, 2015 No comments: Links to this post 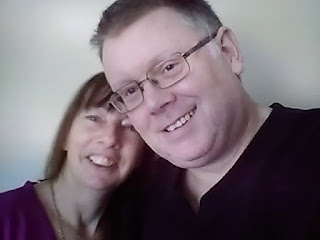 With all future projects with the development company on indefinite hold and the loss of Dave’s Dad Bev actually had some time available to dedicate to a new project.  We began seriously looking into the setting up of a property finding business.  But time became a precious commodity again as Dave’s Mum’s Alzheimer’s led to daily care being required by us even with all the paid help she was having three times a day.  At the end of 2009 Mum was admitted to a nursing home so she could have the 24 hour care she needed.
With time to develop the project again we moved forward with a view to starting in March 2010.   We flew to Spain to sign contracts with various reputable agents to be able to show their properties, making sure none were exclusive so we were not tied to any one agent.   To do our work properly we needed to be able to select properties from various sources.  We decided that we would cover only the areas we knew well, starting with the south Costa Blanca, going about 20 minutes inland plus areas around Moraira, Javea and into the Jalon and Orba valleys in the northern Costa Blanca.  We also wanted to add towns and villages close to the Mar Menor so would spend time in those areas during our next few visits.


Yet again our plans had to be postponed as just after our return from Spain in mid-February our daughter was in an accident and suffered a very serious injury to her right leg.  Three operations in the first 24 hours, plus a fourth three days later, saved her leg but recovery was going to be very slow and never complete.  Our grandchildren were 1 and 2 years old so it was all hands on deck to help out during her weeks in hospital and the five months it took for her to take her first steps again.  Life on crutches for the next year (plus) was not easy with two lively toddlers and support from family was essential.
www.spanishdreamproperty.com

Posted by Spanish Dream Property at Friday, December 04, 2015 No comments: Links to this post