Renting your house as a holiday let still a viable option? part 1

Renting your house as a holiday let still a viable option?

Part one – how and when things changed.

Many owners of property in Spain have rented out their properties for years as a way of funding the purchase, ourselves included. But recent changes in the law regarding rentals means some are now questioning if it is still worth it. This blog relates to property in the Valencian Communidad (the provinces of Castellón, Valencia and Alicante), but nearly all of Spain’s regions require holiday lets to be registered now.
The first thought for me when compulsory registration was introduced was that not a lot was going to change. We were already legally compliant in that we declared our rental income in Spain and paid our tax (after a few allowable deductions), plus declared our rental income on our UK tax return, (we are UK residents), and as we had paid tax in Spain we rarely needed to pay tax on the rental income in the UK as well (thanks to the UK/Spain dual taxation arrangements). However, it turns out that a huge number of owners were NOT declaring their income in Spain, and maybe some were not declaring it in their home country either! So for some there was a very rude awakening with a marked reduction in rental income when they had to start paying 19% of their rentals in Spanish tax. And some have been hit with very large fines for backdated undeclared rental income too.
We registered as a holiday-let with the authorities while it was still a voluntary process, knowing it was just a matter of time before compulsory registration would be introduced in the Valencian Communidad, and the law finally changed in 2015. There was a lot of publicity about it in the English print press in Spain, on forums, in solicitors’ newsletters, on the advertising sites and various other sources. And yet still owners didn’t bother. Eventually the authorities had enough and declared that anyone advertising an unregistered let after 1st June 2018 would be heavily fined, and that included the on-line websites which carry thousands of ads, paid for by owners, that are used by those booking self-catering holidays.
At the end of May 2018 chaos ensued. More than one major advertising site took all their Valencian Communidad properties off their site, only reinstating the properties once the checking of the registration number had been completed. For us this was particularly annoying as they had had over 3 years in which to run that check, our number was already clearly entered in the property details. For other owners this was, amazingly, the first they had realised that they needed a registration number!
I won’t go into details of how to obtain a registration number here, that is covered separately, but suffice to say a system that originally was fast and efficient has become overwhelmed during the course of 2018, and I’m reliably informed that the process is now so back-logged with applications that they are taking a minimum of three months. Bearing in mind that officialdom in Spain virtually shuts down for August, I can’t see that back-logged being cleared quickly. And that is just step one!
So, now there are owners who have decisions to make: do they register and risk drawing attention to their past illegal activity and undeclared income; do they stop renting out and lose the income; do they continue to illegally let the property and hope they don’t get caught (they will!). What a dilemma! They say ‘honesty pays’ – well it hasn’t up to now as we were worse off for being honest and declaring the income in Spain, but right now I am glad we did! 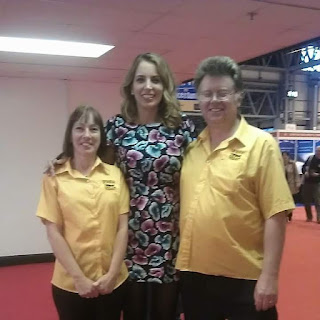 Have a look at House By The Pool